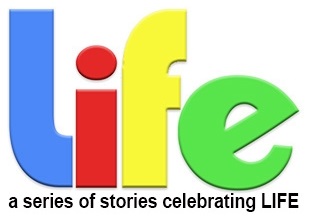 LIFE: Phyllis Hughes and the joy of family

Phyllis Hughes, a long-time client of KL Johnson Advisors sat down with us to share about her many journeys and how she is living out her dreams to provide for, care for and nurture the future generations of her family. A Kansas native, Phyllis spent many years throughout her life in other parts of the country, but always found a way back home to Kansas.  At this stage of her life, she said that she feels like she has found her “Happily Ever After.” Last year, Phyllis, along with her son and daughter in law bought a lakeside estate near Olathe, KS. The three of them and her three grandchildren all live there and Phyllis willingly helps care for the grandkids daily. 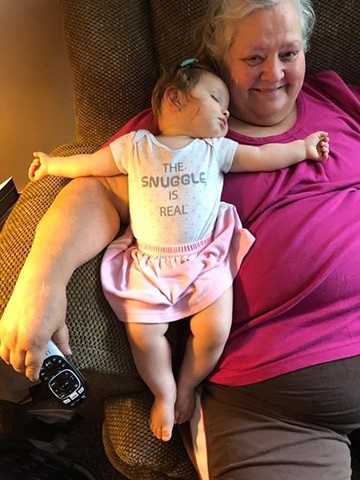 At Phyllis’ request, we arranged our conference call to take place during naptime.  However, the giggling, undeniably cute toddler voice in the background and the occasional interruptions for a kiss from grandma made it clear that nap time had not gone quite as planned.  Phyllis, unaffected by her sweet distraction, shared with us that people thought she was crazy to move in with 2 other adults, a teenager, a 10 year old and a toddler, but is quick to say that it works out wonderfully for them. “Everyone pitches in. We support each other and there is always someone to help when another needs it.”  The adorable interactions we heard between Phyllis and her granddaughter made us very thankful that nap time was postponed until after our call was over.

In 1955, Phyllis’s family relocated to Idaho from Gridley, KS.   Her father won a land lottery specifically for veterans and in order to keep the land, her family had to build a house and live on the land for 5 years.  Her family farmed the new land in Idaho, growing sugar beets and potatoes. Many other families relocated to Idaho during this time and Phyllis recalls the tight bonds they developed while living there with other families in the same situation.  “We became family with our neighbors because everyone was in same boat, moving away from their families to the middle of nowhere, Idaho.” Phyllis’ family lived in Idaho for 10 years and when she was in 6th grade, they moved back to Waverly, Kansas where they farmed soybeans, corn, milo, and wheat.

Reflecting on her childhood brought tears to Phyllis’ eyes; happy tears.  She described her parents as “the best parents ever.” Her dad was the strong, silent type who worked very hard as a farmer but still had time for his kids. She mentioned that each of her three siblings and her secretly thought they were his favorite.  He served in WWII driving duck boats that took men from the ships to the shore during the Battle of Iwo Jima. Her mom was very loving, very giving and would do anything for her family. She was active in their church. “Growing up,” she said, “we were a down to earth family. We didn’t have a lot of money but we had everything and more of what we needed.”

Just after turning eighteen, Phyllis took classes part time at Washburn University, studying business and also began working for Blue Cross.  After a few moves around the country, she found herself planted back on Kansas soil and despite saying she never would, she married a farmer. Joe and Phyllis had 2 children of their own and Phyllis’ parents played a significant role helping raise them.  In the early years of their family, Phyllis remembers working a lot of overtime hours. She was fortunate to be allowed to bring her daughter with her to work and Phyllis’ parents would take care of her son. When her children were older, many different sports and activities filled their schedule as a family.  Phyllis jokes that she kept them out of trouble this way. Her parents were helpful and made it possible for her children to be involved like they were. Perhaps the example of her parents commitment to family is what has given Phyllis such great joy doing the same for her children and grandchildren.

While the highlights of Phyllis’ life are endearing, she has experienced a fair share of difficult times.  After 18 years, her marriage ended in divorce against her wishes. Shortly after that, her son went his own way and got himself into significant trouble.  Phyllis did mention that she turned to her faith to find strength and encouragement during this dark time. Now, Phyllis finds herself far enough past those valleys to be thankful for them, crediting those valleys to the growth and changes needed in both her and her children’s lives.

After working for Blue Cross for over 42 years, Phyllis retired.  In her retirement, she says she enjoys the freedom to do what she wants, which is spending time with her children and grandchildren.  The idea of moving in with her son and daughter-in-law wasn’t always a part of her retirement plan. This living situation was just an idea casually discussed from time to time until one day her daughter in law found the perfect place to make that idea a reality!  Their home has beautiful lake views, providing what Phyllis says is a perfect place for listening to worship music and spending quiet time with God. Phyllis also likes to take trips and visit friends. She travels with a group of women every year. They’ve been to Florida, Savannah, and are planning a trip to Hawaii soon! We asked Phyllis if there is anything specific she credits to a joyful retirement. She mentioned that she was disciplined to ensure 10% of her income was always going into retirement. But then she gave us her real secrets to enjoying retirement. She said, “Don’t sit around. Get involved with your community and your church. Get out there and see people. Find ways to help others. Send cards to people and certainly, don’t sit around and wait for somebody to find you. Find them first.” Phyllis is truly living a joy filled LIFE. 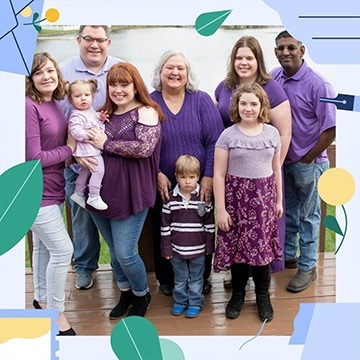